In October of 1768 one thousand Redcoats landed at Long Wharf to occupy Boston. They came in response to growing unrest in Massachusetts, but their presence caused social friction in a town with fewer than 16,000 residents, who watched as the British army “marched with insolent parade, drums beating, fifes playing, and colours flying.”

On October 6 and 7, 2018, Revolution 250 staged a reenactment of the arrival of the British regular troops. This is a signature event of Revolution 250, a consortium of organizations working together to commemorate the 250th anniversaries of the events that led to American Revolution. Redcoats landed at Long Wharf and paraded through the city, past the Old State House and through Downtown Crossing, en route to Boston Common, where they set up an encampment and spent the night on Boston Common. 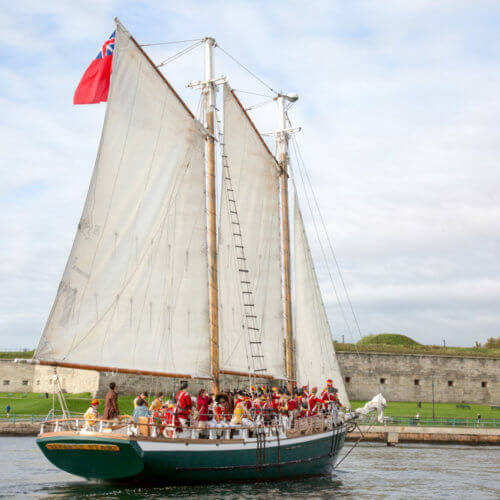 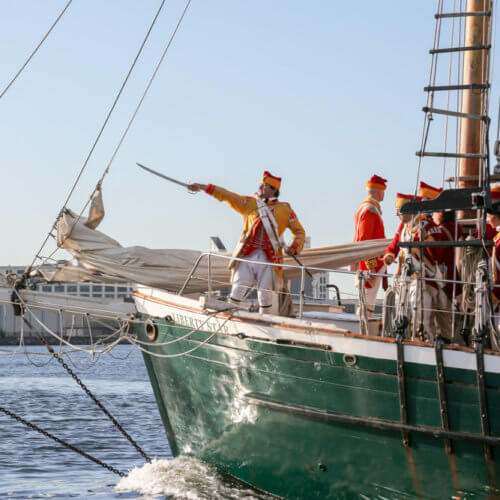 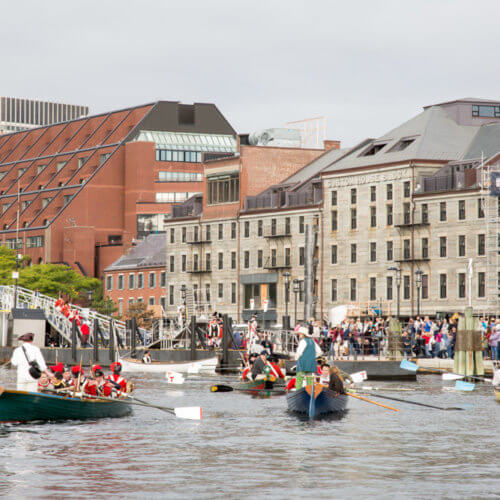 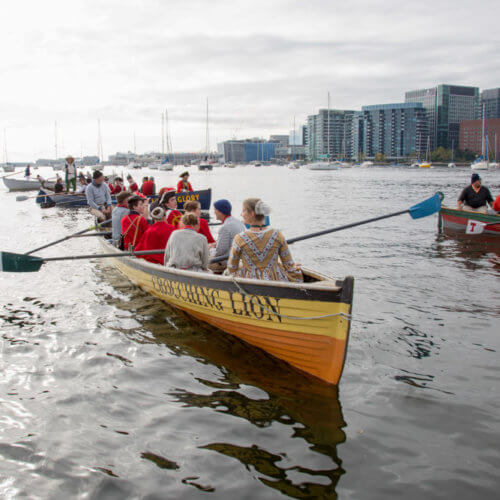 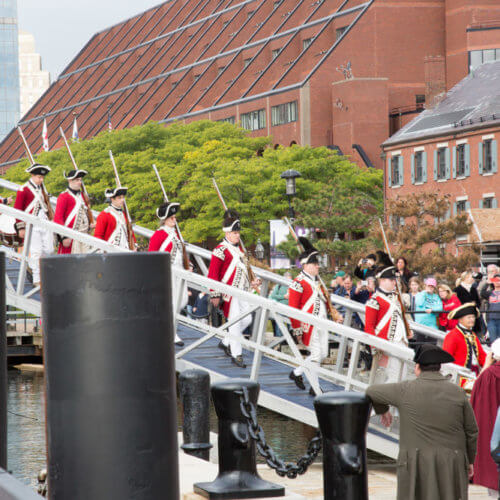 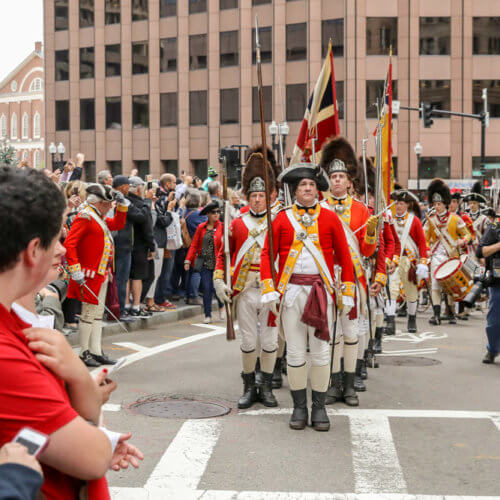 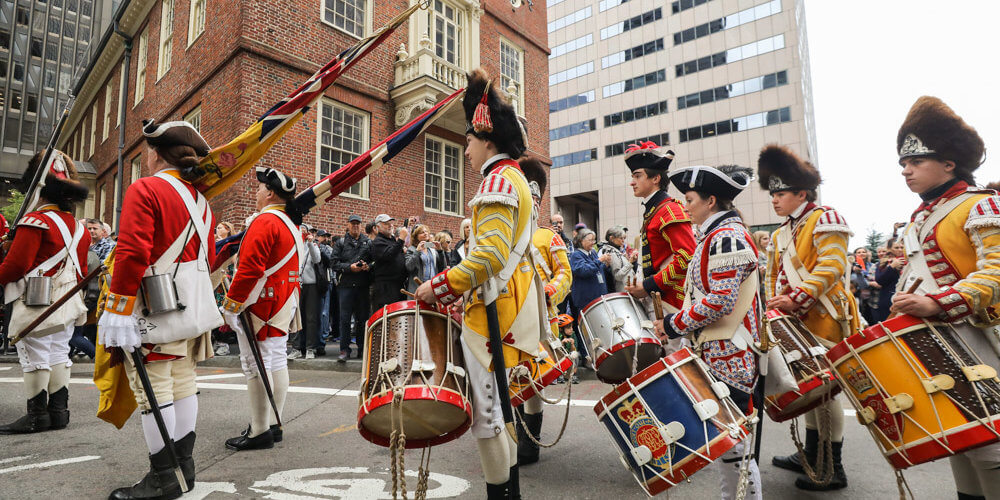 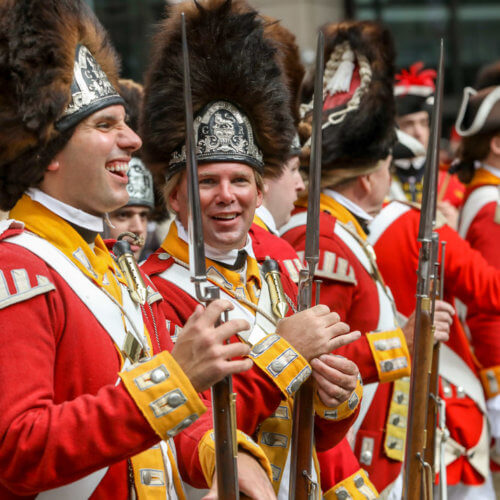 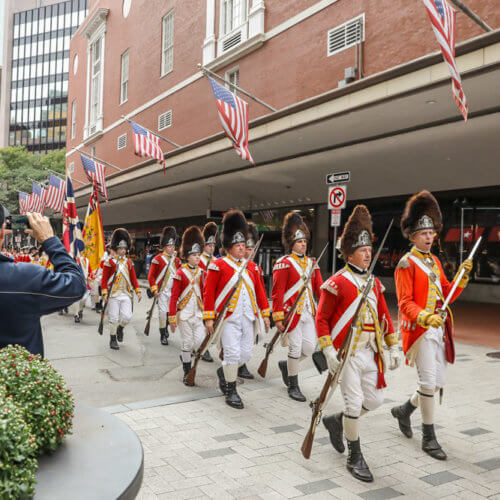 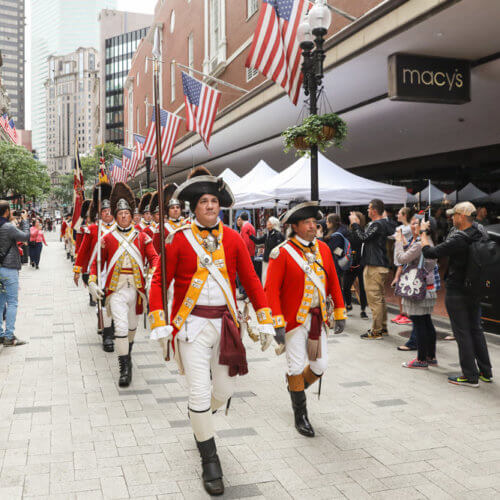 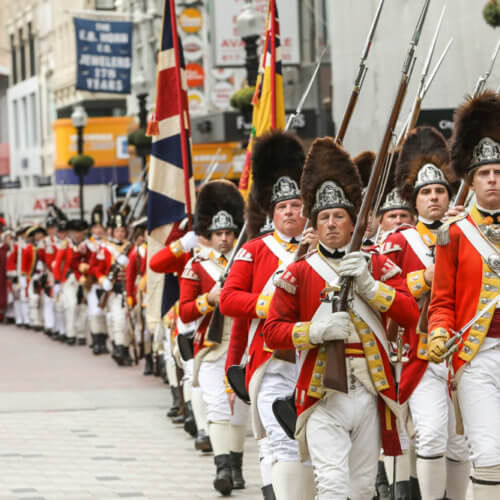 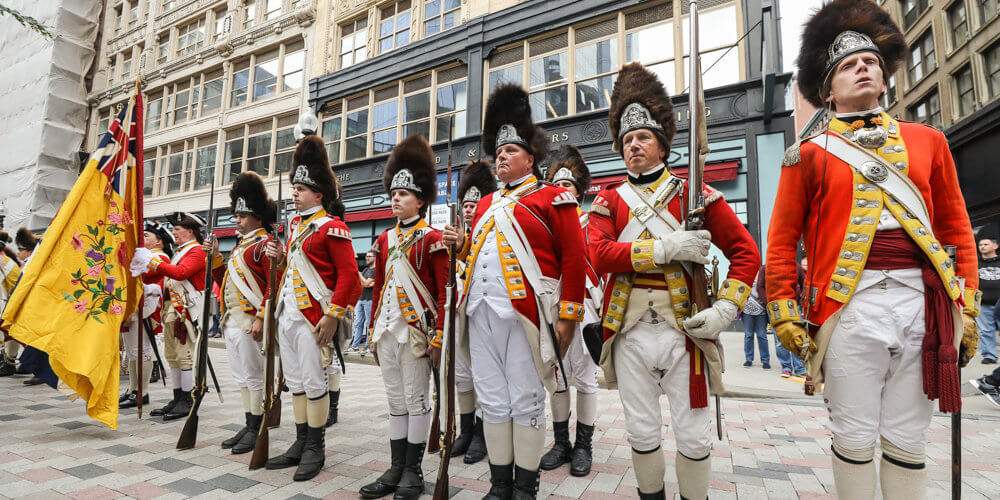 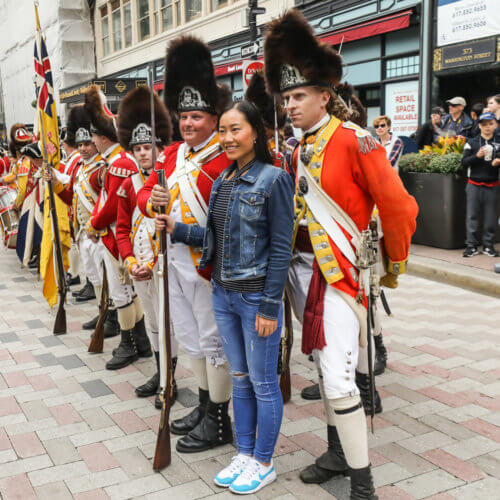 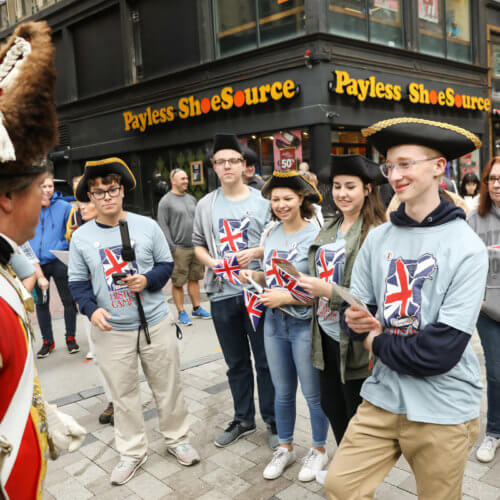 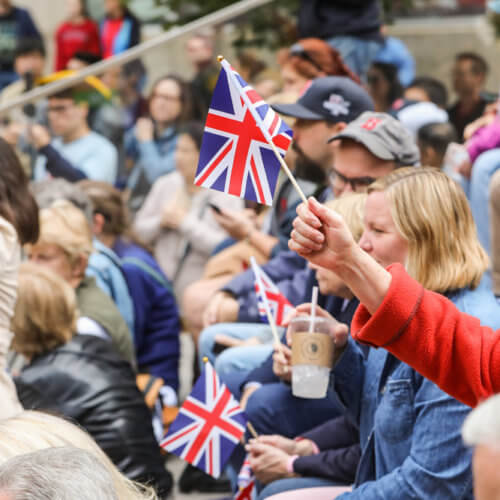 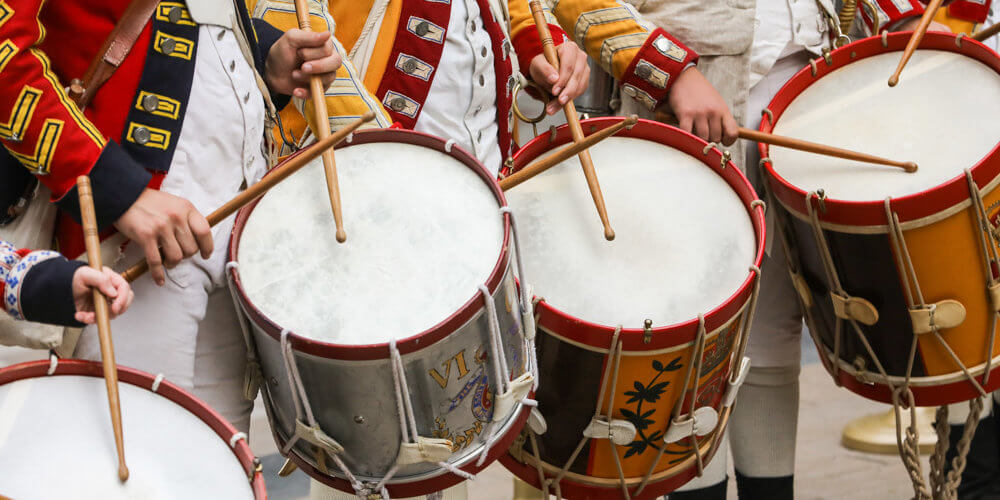 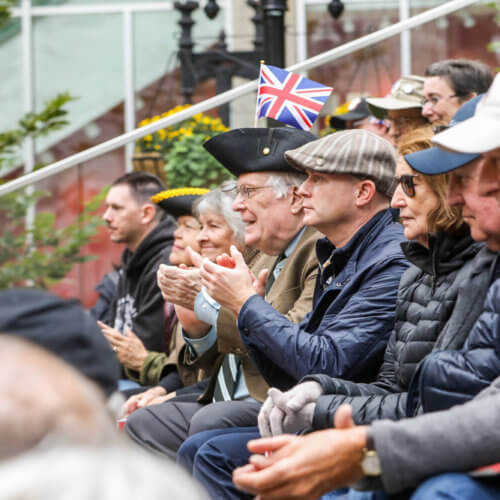 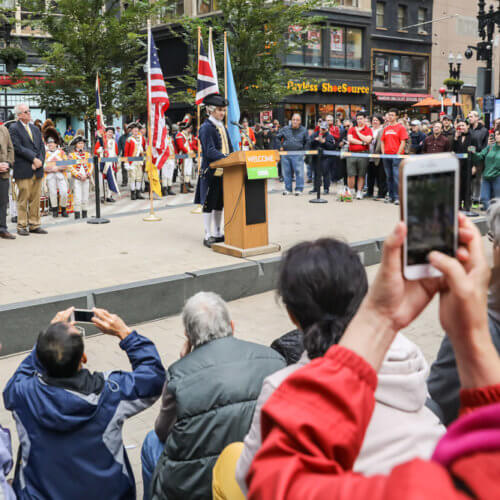 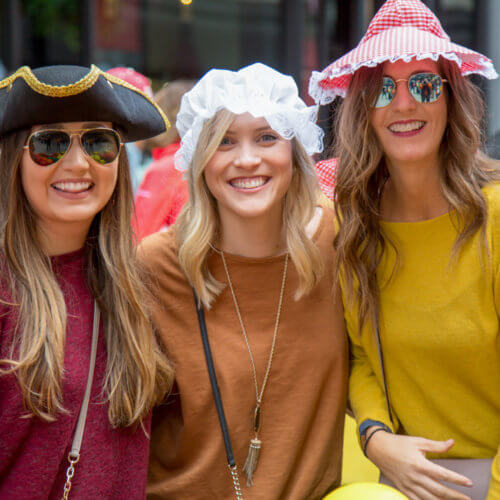